A single room. Colliding perspectives. Three generations of women: a 81-year-old who peacefully watches Chinese dramas after a troubling past, a 49-year-old who obtained an international relations degree while facing the 88 Uprising, and a 18-year-old who would soon cross oceans to pursue her studies. Prior to this very encounter, my family rarely mentioned what happened in their past. They have been so fixated on new beginnings that they have felt that it’s unnecessary to mention any final endings. That’s where I disagree and believe that a little discussion about the past can go a long way towards the future, so I gathered all our perspectives into one room.

How was the rule of law during your generation different from now?

Grandmother: I believe that the rule of law during my time involved a lot more threats towards the citizens’ safety than our current one. Nowadays, life is peaceful with a government that dedicates itself to their citizens’ well-being. During my day, citizens were much more careful with their way of expressing themselves. Because of the former government limiting their free speech, they most likely felt vulnerable and terrified of speaking up. They kept to themselves and this, in turn, did not benefit anyone in the country. I am grateful for living on to witness how this all changed.

Mother: The rule of law under the socialist party involved a lot more censorship than the democratic party we have today. They restricted their citizens from speaking out against ideals, and arrested those who did. It’s much more pleasant now that the government lets us voice our opinions. I remember the drastic currency changes and inflation of prices that led to the student protests. These paved the path for a democratic government. But, you should know that democracy wasn’t easy to restore. Looking back, I believe that we’ve come so far and I hope none of us are forced to fight for our rights anymore.

Daughter: I was part of the 53 million Myanmar citizens who witnessed Aung San Suu Kyi gain her freedom after 15 years of house arrest. It was a highly-anticipated moment that soon led to her election as president. In the present day, we have finally re-established our ties with other countries and promoted innovation throughout the country. Meritocracy is gradually increasing in politics, education, and business. Censorship has faded into oblivion. Overall, the transition from 1989 (the year of Daw Su’s house arrest) to 2018 showcases undeniable changes that led to our revival.

What was a significant event that occurred during your time and what impact does it have on our present?

Grandmother: Before the uprisings, the government unfairly raised the value of currencies and took advantage of the citizens’ belongings. As a result, our economy was unstable and the future of our country was uncertain. When our hard-earned money repeatedly went into their pockets, we knew it was time for a revolution. The rebellions against our former government, without a doubt, had an impact on our present. I am against what the government did, but it did drive the citizens to fight for reform, so I no longer complain about it as much.

Mother: The student protests inspired the 8888 Uprising. The struggle for democracy was no longer limited to just students—everyone in our country was involved in this. I wasn’t part of this struggle because of my fear of being arrested. Regardless, it was empowering to see everyone gather together to create change. These uprisings gradually led to our present-day democratic victory. When Daw Suu returned to visit her mother in Myanmar, she witnessed the uprisings and decided to help citizens fight against injustice. When the time came for elections, the majority believed that Aung San Suu Kyi must reign in order for democracy to become a reality in Myanmar.

Daughter: When Cyclone Nargis struck Myanmar, it killed tens of thousands of people and left over a million homeless. The current government at that point had no choice but to put their egos aside and allow the UN and aid agencies to assist them. This event is still strongly remembered by present-day citizens, as the government initially rejected the offers made by those willing to help. I believe this is just a fraction of the series of events that rallied and influenced the citizens to vote for Aung San Suu Kyi. 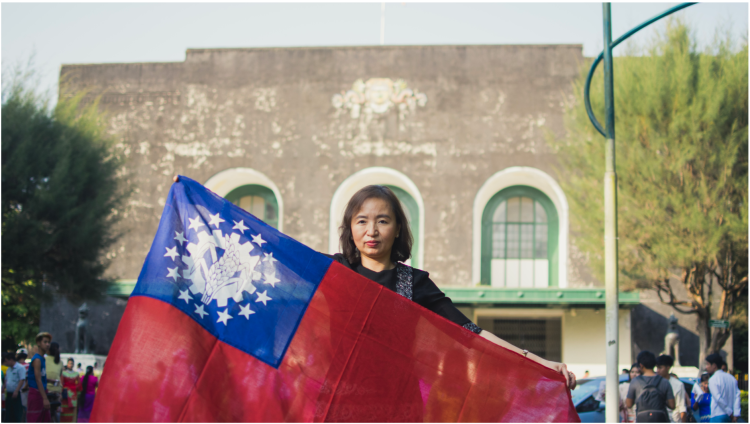 What was the situation for Myanmar women and how is it different for them now?

Grandmother: There wasn’t a role for women outside of their households back then. Only if a woman received a great deal of education, then would she get to secure a respectable role in society. If not, women spent the duration of their lives maintaining their households. These days, the doors have opened for women to seize educational opportunities. With these newfound opportunities, they have proven themselves to be equal to or even better than men in classrooms and in the workplace.

Mother: The parents during my generation believed that education was important in their daughters’ lives, but should be set aside when it’s time for them to get married. The majority of society used to believe that women should focus on household duties and family matters. These days, women are breaking past traditions and venturing into the working world. There is much more freedom for women to follow their passions and dominate in their desired fields. I wish it was the same for our generation. If it were, Myanmar would no doubt be much more developed by now.

Daughter: The majority of Myanmar women used to sacrifice their dreams for the sake of starting a family. A positive aspect of change is that women are now more encouraged to assume leadership positions in any field of their interest. Esther Htusan, a female journalist from Myanmar, was the first in our country to win a Pulitzer Prize. Aung San Suu Kyi is now in charge of decisions in our country. Powerful women like them prove that we can accomplish anything we set our minds to. Nowadays, I see more women working nine-to-five while maintaining healthy relationships as well. However, it is important to mention that other than Daw Suu, there are not many signs of influential women in politics and other male-dominated settings. I have confidence in my own abilities to defy this and I hope I see more women doing so as well. 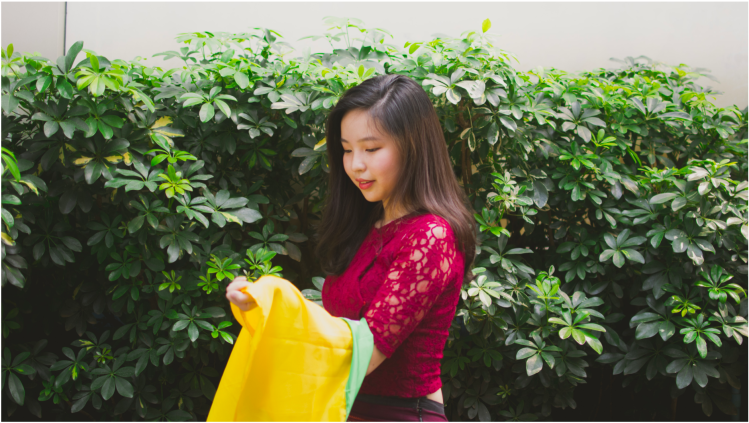 What is the most valuable lesson that your generation has taught you?

Grandmother: Before the government interfered, people were able to run their businesses without any difficulties. Because of this, their children were able to stand on their own. I only hope that this mentality continues so that Myanmar’s current generation can sustain future ones as well.

Mother: When you’re passionate about a certain skill or craft, you have to continuously hone it despite the obstacles that come with it. As soon as you are capable, you can use your influence to help change the world.

Daughter: As part of today’s youth, I have a responsibility to advocate not only for myself, but also for social, political, and moral issues that deserve a platform as well.

Following this meaningful reflection on the past, all three generations of women in my family concluded the interview as a tremendous success. Despite our different values and perspectives, we share the same love for our country and its inhabitants. Our personal views on feminism do vary, yet we support outspoken females who know what they want in life. The events that we view as significant may not have a specific correlation, but they were all part of a chain reaction that led to us living on to tell the tale today. The moral of the story (or in this case, interview) is to be open to change. Even if you’re not fortunate enough to initiate it, become an open supporter of those who are bold enough to question the status quo. Better yet, break the mold and become that voice of your generation.